Ask any producer what some of the hardest scenes to create are, and they will likely tell you that anything to do with flying is almost always the hardest. In theater, flying scenes become even harder to create. You are not working with technology that can conceal a flying apparatus or smooth out a jittery flight; you are left to your own mechanisms without technological alterations. Take a look at three important points to making flying effects as believable as possible in a theater scene.

The movements must match the typical movements of something in flight

One of the hardest things about making flight look realistic in a theatrical setting is making sure the movements match what onlookers would expect to see from something in flight. For example, Glinda the Good Witch from the Wizard of Oz would be far less entrancing if she were to come onto the scene in a bubble that was swinging to and fro or bouncing up and down instead of lightly, weightlessly drifting. It can take a lot of trial and error to get movements precisely right, but the end result is a completely believable scene that makes all the difference.

The apparatus to create flying effects must not be totally visible

When you are creating a flying scene in a theater setting, it is only natural that some of the apparatus used in the scene will have to be visible. However, it is critical that the equipment used is not so visible that it detracts from the realism of the scene. For example, if harnesses and hoists are being used to help a character fly, the harnesses and hoists must be concealed under a costume and made less visible by using the right lighting effects. Working with a professional who specializes in flying effects for theater can help you ensure the apparatus used is as inconspicuous as possible.

The equipment used to support the scene must be realistic

Whether it is a hot air balloon flying across the stage, a bubble floating through the air, or something else, whatever is flying across the stage must be believable in form. Having realistic props is always important, but when something is flying, it is going to be the main focal point, so it needs to be a well-crafted unit. If it is not well-crafted, the audience will have a difficult time seeing the whole scene as a believable event.

Contact a company that creates flying effects for theater productions for more information. 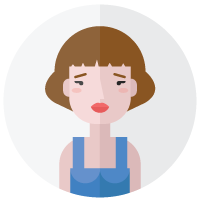 Do you love to make people laugh? Although it might not seem like something that is super important, being able to make someone's day can really pay off. I started focusing more and more about incorporating entertainment into my daily life, and before I knew it, the things I was saying and doing were really creating a powerful buzz. I wanted to start including other people in my acts, so I even started a traveling comedy group. This blog is here to help people to make better use of their time by making other people happy. Check it out for more information.